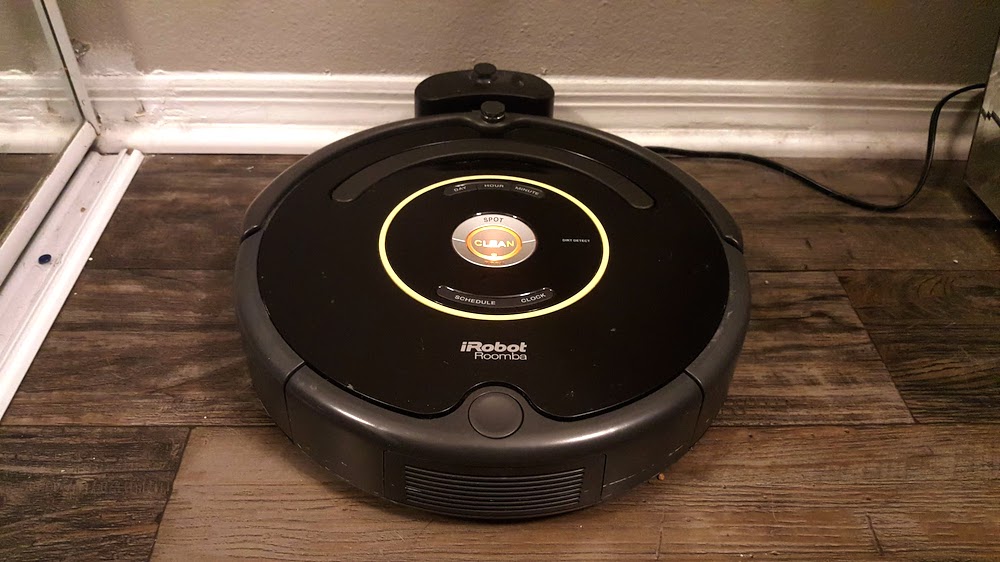 In the world of robot vacuums, iRobot Roomba is a household name. They were the first big company to get into the robot vacuum arena, and are still a huge player today. Roombas entry-level robot vacuum, the Roomba 650 has been around for a bit, so we decided to get our hands on one and take it through a slew of tests so you can decide if its a good pick for your home. Quick Summary: The Roomba 650 is a relatively cheap (see current price), but relatively dumb robot vacuum. It lacks almost all the smart features you expect from robot vacuums in today's market but isn't expensive enough for most people to count it out when you consider the cleaning quality it delivers.

Key Features Of The Roomba 650:

The Roomba 650 is, without a doubt, one of the most basic robot vacuums you can buy, but for what it is, it does an alright job. Here are the features you can expect from this robot vacuum.

Unlike some higher quality robot vacuums, the Roomba 650 navigates its environment by trial and error. It will essentially go in a straight line until it hits something, then either pivot or completely turn around to clean another area.

This is a very rudimentary form of navigation but was common practice around the time the Roomba was released.

Even though this Roomba model doesn't connect to wifi or your phone, you can use the buttons on the top of the machine to set a schedule. You can run the vacuum up to once every seven days. By clicking the schedule button, you select which days and at what time you want the robot to do a cleaning. 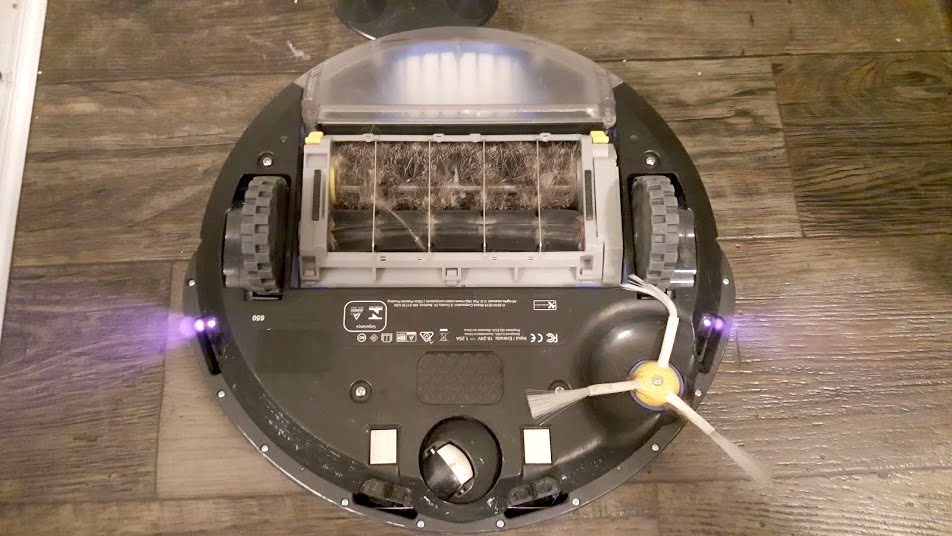 The Roomba 650 comes with two brush rolls; one is a traditional brush; the other is a rubbery plastic brush. This helps keep hair and fur from tangling. If you have pets, you still need to clean the brushes after every 3-4 cleaning sessions because the anti-tangle technology isn't perfect.

Our Overall Take On The Roomba 650

When it comes to entry-level robot vacuums, the Roomba 650 is definitely one you should consider, but you shouldn't let brand recognition convince you not to research other options in the same price range (See current price). The Roomba 650 is an older model, and since its release, there have been serious advancements in the technology that goes into a robot vacuum. Almost all entry-level robot vacuums can connect to your phone and use this connection for troubleshooting messages and setting the schedule.

The Roomba 650 didn't leave much to be desired when it comes to cleaning. For the areas it covered, it got almost all hair, cat litter, and dirt we put in its path. It didn't get stuck on high pile carpet and was able to get fine dirt particles out of tile grout. Overall, this vacuum gets an 8/10 for cleaning quality.

If you have a small home or an apartment, the Roomba 650 should be able to clean the majority of your floor in a single clean cycle. The battery lasts for about an hour and a half, depending on how old the unit is. While we haven't had this vacuum for very long, we have heard that the battery degrades over time, but can be relatively easily replaced if needed.

This is where the Roomba 650 shows its age and its price. The fairest way to describe the Roomba 650's ability to navigate is to say that its a blind machine bumping into things.It doesn't have any sort of smart mapping or laser-based navigation. If you have a large home (3+ bedrooms), this is going to be a deal-breaker. For larger homes, you need a robot vacuum more like the Neato BotVac D7 or the Roomba 960 (see full Roomba 960 review) that has intelligent floor mapping and laser-guided navigation.

As with every product review we do, we like to include a solid list of pros and cons about the product, so you're able to make an educated purchase decision.

If you're in the market for a cheap but powerful robot vacuum and don't care about any of the smart features that more modern models have, the Roomba 650 might be a great choice for you. If you have a home with pets, you'll get good use out of the anti-tangle brushes and high-quality suction power. With this being said, the Roomba 650 is an older robot vacuum that is starting to show it's age. It can't do many of the basic features that even cheaper, but more recent robot vacuums are able to do, such as set a schedule within an app or troubleshoot potential issues. The Roomba 650 is a great choice if you're just testing the waters to see if a robot vacuum is something you want in your home. It isn't the worst choice, but it definitely isn't the best. At its price point, it's safe to say that you get what you pay for, nothing more and nothing less. Let Us Know Your ThoughtsWhat do you think about the Roomba 650 or any other comparable robot vacuum? Let us know in the comments section below!

This website uses cookies to improve your experience while you navigate through the website. Out of these, the cookies that are categorized as necessary are stored on your browser as they are essential for the working of basic functionalities of the website. We also use third-party cookies that help us analyze and understand how you use this website. These cookies will be stored in your browser only with your consent. You also have the option to opt-out of these cookies. But opting out of some of these cookies may affect your browsing experience.
Necessary Always Enabled
Necessary cookies are absolutely essential for the website to function properly. This category only includes cookies that ensures basic functionalities and security features of the website. These cookies do not store any personal information.
Non-necessary
Any cookies that may not be particularly necessary for the website to function and is used specifically to collect user personal data via analytics, ads, other embedded contents are termed as non-necessary cookies. It is mandatory to procure user consent prior to running these cookies on your website.
SAVE & ACCEPT